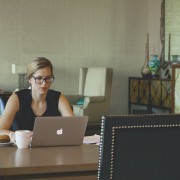 Xerox study shows the digital enterprise is on the horizon but there’s more talk than action. (survey of 600 IT decision-makers in large North American and Western European organisations.)

The “Digitisation at Work” report from Xerox shows the move from paper to digital processes is nearly upon us but many survey respondents admit they may not be ready for it.

The report found broad concern over paper-based processes, with cost (42 percent) and security (42 percent) cited as primary issues. Survey respondents predicted an average of only nine percent of key business operation processes will run on paper in the next two years.

For further information about the study, we invite you to download the press release.

This website uses cookies to improve your experience while you navigate through the website. Out of these, the cookies that are categorized as necessary are stored on your browser as they are essential for the working of basic functionalities of the website. We also use third-party cookies that help us analyze and understand how you use this website. These cookies will be stored in your browser only with your consent. You also have the option to opt-out of these cookies. But opting out of some of these cookies may affect your browsing experience.
Necessary Always Enabled
Necessary cookies are absolutely essential for the website to function properly. This category only includes cookies that ensures basic functionalities and security features of the website. These cookies do not store any personal information.
Non-necessary
Any cookies that may not be particularly necessary for the website to function and is used specifically to collect user personal data via analytics, ads, other embedded contents are termed as non-necessary cookies. It is mandatory to procure user consent prior to running these cookies on your website.
SAVE & ACCEPT